When the device is turned on, it automatically (CEK) controls the sensors and lights up in sequence, allowing the control and adaptation of individual sensors. By pressing the reset button, the adaptation of the device is confirmed. The device is ready for use. For metallic targets, the red relevant zone light turns on, for space targets, the relevant zone blue light turns on. On the back panel, there are 4 rows of 4 rows and a total of 16 related zones and 32 LEDs. This is more useful than the previous series and minimizes the need for a PC. ... It has the feature of open and use.

In addition to the LB-16 If Voyager (If Doppler Radar) Add-on, its possibilities and capabilities have been increased, and the received data has a more stable and clear resolution, as well as Doppler Radar (wood panel-pvc panel-concrete panel), which helps in the detection of living things in invisible areas such as Doppler Radar. Although it is possible to use it as a Proton Elic LB-16 If Voyager The LB-16 2021 Model has 16 sensors with the best improved performance, which has a 16 times better solution than other LB series models.

Quick Description: It is a 16 row 32 column 64 pixel thermal imager. It can see the thermal differences in the angle it looks at with a resolution of 64 pixels. Angle of view is 60 degrees Magnetic Sensor: The magnetic sensor measures the DC magnetic field strength at its location. Each sensor measures the magnetic field strength on the axis it is looking at at its own point. Having 16 units, it provides speed data collection by measuring the magnetic field strength at 16 different points at the same time. The system works selectively as Thermal or Magnetic. After collecting data from all sensors, it sends the data via bluetooth to the computer software along with the direction it is looking at. The camera, which is in the center of a sphere in the computer environment, paints the inner surface of the inner surface of the shell of the sphere with the relevant color. The image is formed as the color equivalent of the field intensity in the direction of view (Thermal-Magnetic). This situation is met as a separate number for each metal in the software environment, in this case it gives us information about the type of metal partially. 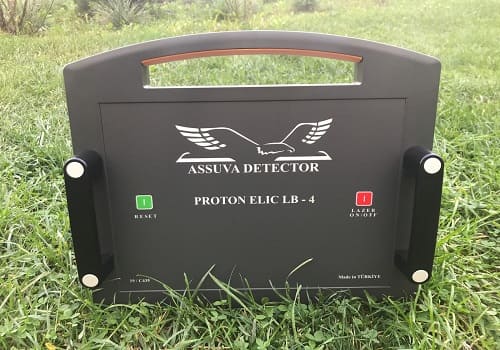 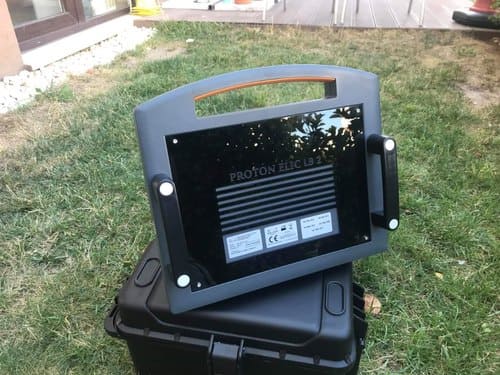